← more from
Low Key Source
Get fresh music recommendations delivered to your inbox every Friday.
We've updated our Terms of Use. You can review the changes here. 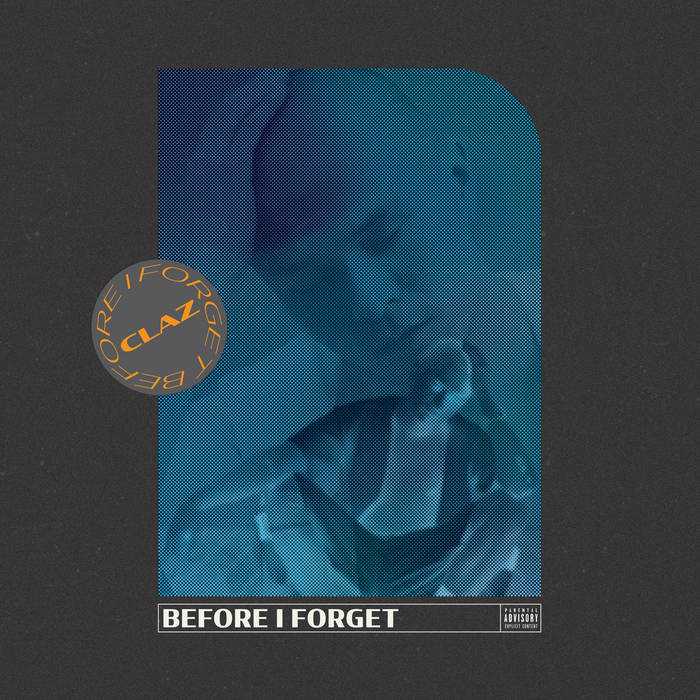 Adelaide’s own celebrated son, Claz returns for the long awaited and much anticipated sophomore album release entitled “Before I Forget”.

This 7 track manifesto reflects on a young man’s mind, travelling through physical and mental states of bliss, pain and hope. The listener is presented with a transparent perspective on Claz’s mental health and outlook on life, with an extended invitation to take a seat next to him on a journey of extreme equilibrium.

Claz may ring the bells of familiarity from his sonic cult classics on youtube such as ‘Visions Of Happiness’ and ‘Living In The Meantime’ that date back to 2011, yet he still remains stubborn in being a prominent figure in the Australian hip-hop scene. Although a lot of his music stems from the beginning of the decade, Claz’s debut album came to fruition in 2017.

‘The Beautiful Distraction’ was released on all digital platforms, refurbishing listener’s memories and gaining a large handful of new fans, with the album itself claiming feature album of the week of it’s release on ‘The Hip Hop Show’ on Triple J.

Claz’s sound would best be described as butter on raisin toast, smooth with a generous sprinkle of soul and wit, leaving you with a bittersweet aftertaste that will have you reflecting on the future, past and present.

Once a very productive musician, an involuntary hiatus imposed itself upon Claz. The epitome and almost ‘nail in the coffin’ of this hiatus came in May 2018, in the form of an ironically unlucky and unfortunate diagnosis of hyperacusis, an extreme sensitivity to sound, particularly in the high and low end frequency sound range. In short, every musicians worst nightmare. This brought not only Claz’s musical aspirations but entire life to a complete halt. An incurable condition with no promise of recovery, at first was depicted by Claz as an omen that a career in music was not meant for him.

“Not only did I face the thought that I’d never make music again, but I saw that this was the end of my social life, and essentially life itself”, Claz explains.

Months past as Claz attempted to adapt to life with these new restrictions, and it seemed that time in a studio was no longer a tangible option. But as they say, time gradually heals all. In Claz’s situation however it wasn’t a physical healing, yet a mental one. Knowing his limitations he eventually found ways of adaptation. Whether it was lowering the volume level in the headphones, or finding appropriate methods of coping, Claz slowly started to get back into the process of creating.

This progress of healing and adaptation was given a large boost when he endeavoured on a month long trip from the bottom of Australia in Adelaide to the top of it in the Daintree rainforest, an hour or so north of Cairns. Seeking inspiration, the distraction of being on the road, and living outside of a suitcase whilst exposing one’s self to beautiful scenery and experiences, Claz returned back home with a long lost hunger back in his belly.

“Hailing from Adelaide, at one point his local notoriety was so great that you couldn’t walk down Hindley Street without seeing a Claz sticker plastered to a stobie pole. And with his 2017 debut album The Beautiful Distraction culminating in a packed out launch at Adelaide’s Rocket Bar, it seemed that the hills of his hometown couldn’t contain the buzz much longer. The Claz that sits in front of me, however, is a different man. After that launch, life enforced an involuntarily hiatus that saw him go through a flurry of mental and physical health problems. But after some much needed soul searching on a bus-based voyage through Australia, he’s returned with his upcoming album Before I Forget.” Explained in a recent Acclaim Magazine write up.

Having recorded three tracks prior to encountering problems with his ears, Claz returned back to the studio to complete a project that had once seemed lost. The three songs that had been recorded previously, detailed the man’s philosophies on life and flirted with the unknown whilst attempting to find understanding within it, along with pondering on past memories before his conscious mind let’s them go. The following four tracks that were created post trip outlay the tribulations experienced, lingering dark thoughts, yet project a newfound wisdom and outlook on life.

Against all odds, Claz has proven time and time again his dedication to his craft, and this is showcased throughout the whole album. Distributed through Sydney record label Low Key Source, take the extended open invitation in to his mind and listen to the album. Before I forget…

Bandcamp Daily  your guide to the world of Bandcamp

Semiratruth joins the show to discuss their latest release, "loading..".